Back in the late eighties and early nineties, I was trying to get myself published in Dungeon magazine. I sent them several query letters, most of which were politely declined with their standard rejection letter. Then, finally, after six or eight attempts, they sent me the "your idea sounds intriguing, why don't you send us a completed manuscript" letter.

The adventure was called "To Win Boriscalion". It was a single player vs. DM adventure for a 1st - 3rd level fighter. A fairly straightforward dungeon crawl, the fighter was to enter an abandoned keep and search for any treasure he might find. The big treasure was "Boriscalion", a magical sword with orc-slaying powers. The idea was that it would be the first magical sword the PC would obtain. Basic concept I know, but I thought that it worked.

I thought that until I received the rejection letter from Dungeon--signed by none other than Wolfgang Baur.  The points that they raise are valid, although with a little tweaking they could be fixed.  The reason that I didn't fix them is that, at the time, Dungeon was no longer looking for AD&D adventures.

For posterity's sake, here is the rejection letter that they sent me: 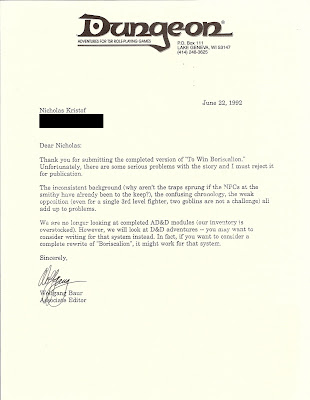 And since this is a blog mainly about mapping, here are the maps that I submitted with the manuscript. 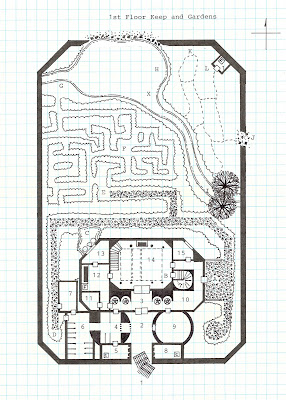 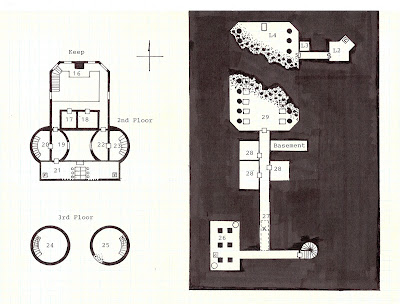 Perhaps I'll take the time to rewrite "To Win Boriscalion" and offer it as a free download--or maybe even as a product for sale.  Yet one more example of "If I only had more time..."
Posted by Nick at 8:17 PM