As an American living just outside of London, England for almost three years, I have come to the realization of just how disadvantaged the typical American is when it comes to experiencing real-world inspirations for fantasy settings. Unless your average American is able to leave the country and travel the world, there really are not many man-made inspirations for fantasy worlds.

It is worth noting the contrast between the States and the United Kingdom, Europe, and (with the exception of a few other places) most of the world. There are a multitude of cities, sites, and ruins that are multiple hundreds and even thousands of years old. I have been lucky enough to visit some and am continually seeking out others.

What I plan to do here is occasionally post maps and other images from some of the places that I have visited that have been inspirational to me.

Perhaps my favorite city in the United Kingdom in terms of fantasy inspiration is Edinburgh, Scotland. Edinburgh has just about everything necessary: a colourful history, amazing geography, a massive castle on a hill, areas of small winding streets, and very old buildings. In attempting to compile this post, I’ve found that locating decent maps that do justice to the city can be frustrating. But I’ve found a few and will post them here.

First, a map of Edinburgh castle:

And an even better map of Edinburgh castle: 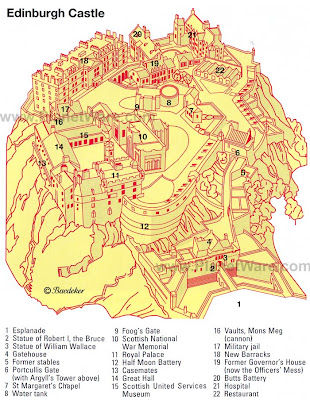 I really like this map of the castle but, as good as I find it to be, it still really doesn't do justice to the actual.  A few pictures of the castle: 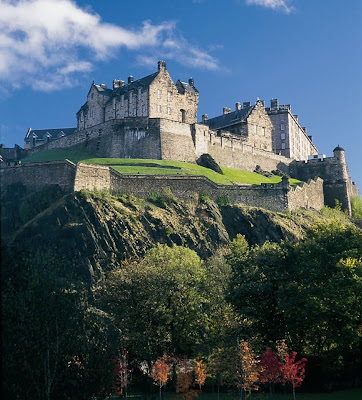 Now a map of the city itself.  I have to admit that this does not really do a great job of showing why Edinburgh is so great, but the map is fantastic for other reasons. 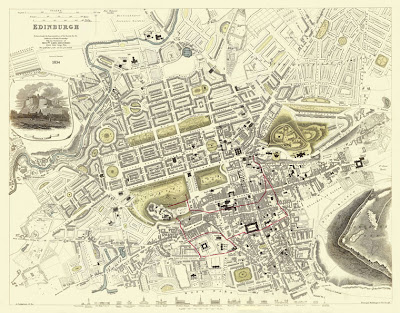 A very cool location in the city is the Royal Mile, which is the thoroughfare that leads up to the main entrance to the castle.  I don't have any good images/maps for it so you'll just have to take my word for it.

That is one of MANY amazing places that I have come across during my time in the UK.  I will be returning to the States this summer, and I'll certainly miss this and all of other amazing places I've been able to visit in England and on the Continent.
Posted by Nick at 5:59 PM